Now for something a little lighter! Life’s been pretty crazy around here…not for any particular reason; there’s just been a lot going on (mostly fun activities, but I’ve been pretty swamped at work as well). Let’s catch up, shall we?

Travel: We have a lot of travel plans packed into a pretty short period of time, and I’m digging it. We just got back from a quick trip to Jamaica a few weeks ago for our good friends’ wedding, and we had a blast. Next up, we’ll be heading to Savannah, GA in late August for a long weekend to celebrate our 1st wedding anniversary, and then two short weeks later we’ll be in New Orleans! Jeff has a work conference, but I decided to take off for the full trip (I had originally planned to work remotely), and do some exploring on my own during the day (and maybe a little lounging by the hotel pool). I haven’t done a lot of traveling in the south, so I’m pretty excited to see what’s up (especially with all the food). 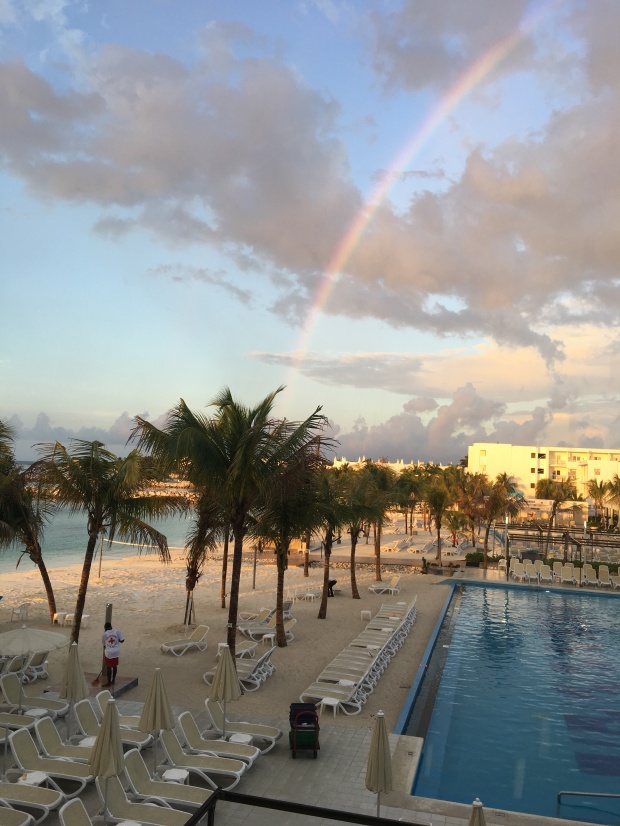 Jamaican rainbow from the balcony of our room 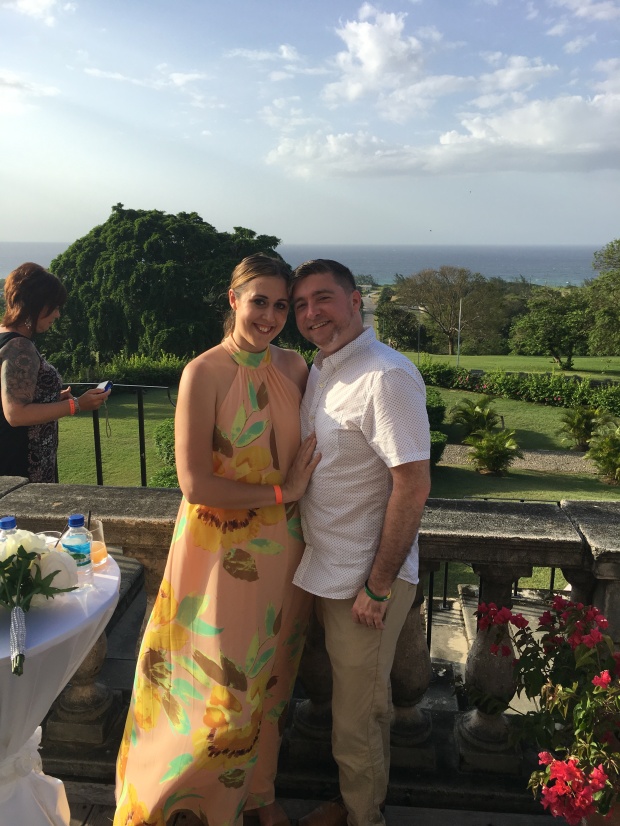 Stunning view from cocktail hour at our friends’ wedding

Fitness: I seem to have finally settled on a fitness plan that works for me (until it doesn’t, haha)…I go to the gym mid-day 3-4 days a week, and usually also on the weekends. It’s been working out great, because I don’t have to wake up early, I don’t have to drag myself to the gym after work, and it makes my work day feel shorter (I typically don’t take a real lunch and eat at my desk, so I go to the gym during the time I’d use for my lunch break). Aside from that, going to the gym on the weekend gets me out of the house (sometimes I tend to go into full-on hermit mode during the weekend), and I usually hit Starbucks after…it’s become a nice little ritual I look forward to. I listen to podcasts while I work out (I’ve been digging the arc trainer these days since it’s easier on my knees but gets better results than the elliptical), which keeps me going and holds my interest – at least most days.

Eat: I’ve been on a Blue Apron kick lately…I was previously only ordering once every couple of months, but they’ve been killing it with the menu choices recently…plus, you can now order any combo of recipes, whereas before you’d only have a few options to choose from. Also, I’m lazy. Aside from that, I’ve been eating a lot of Trader Joe’s vanilla greek yogurt (or Siggis vanilla Skyr) mixed with a spoonful of their smooth salted almond butter and some dried cherries and chocolate chips. It’s my go-to weeknight “dessert.”

Drink: Remember when I told you I joined Bright Cellars? Well, I’ve since switched to Winc (I couldn’t resist their first order deal, plus I was just curious) and so far I like it a little better – their marketing and bottle labels are a lot cuter (which OBVIOUSLY matters), but you also just have more control over what you receive. ANYWAY, I have a TON of wine now (so much that I’ve paused both subscriptions for the time being), so naturally I’ve been drinking…cocktails. I don’t know man, there’s just something about summer that makes me crave a nice bubbly cocktail – I’ve been making “margaritas” with Trader Joe’s (notice a theme?) jalapeno limeade mixed with tequila and lime La Croix, or sometimes I’ll switch it up and use gin in place of the tequila, with a splash of Campari. 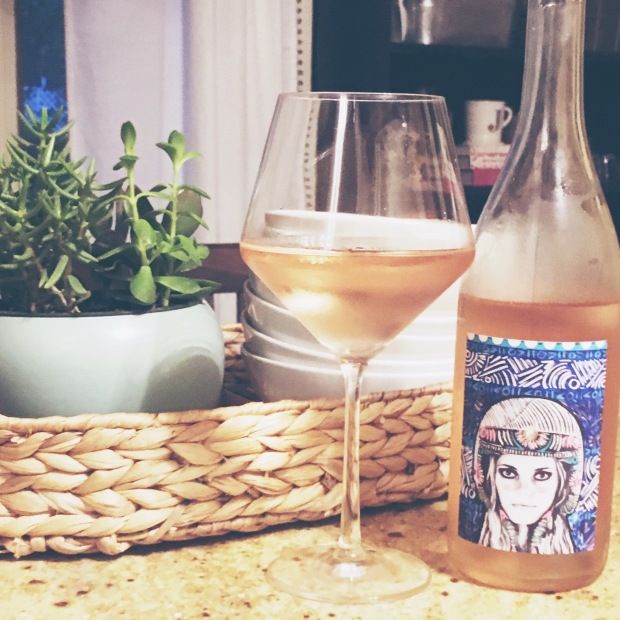 Loving the design on this Rose bottle.

Read: I’m still on my thriller kick, but I’ve been trying to expand what I’ve been reading a bit – I started the novel “Commonwealth” by Ann Patchett on the flight home from Jamaica, and it’s okay, but it hasn’t really grabbed me. I’m going to try to keep going, though. I also recently purchased Margaret Atwood’s “The Handmaid’s Tale” – we finished the first season of the Hulu series and LOVED it, so I’m anxious to dig in.

Listen: As I mentioned, I’ve been listening to a ton of podcasts – my favorites right now include “My Favorite Murder,” “The Baby-Sitters Club Club” (hilarious!), and “Guys We F@#cked” (that’s actually how it appears online, I’m not censoring myself – haha). I’ve been in a bit of a music rut for a while now, but I’ve been digging a lot of kinda twangy folk bands (think Dawes or Blitzen Trapper) and I’m loving what I’ve heard of Local Natives’ new stuff.

Do: Jeff and I have been doing more activities than usual lately, and I’m loving it. For example, in a couple of weeks we’re going to see one of our favorite comedians (John Mulaney) live, and we have tickets to Dashboard Confessional (one of Jeff’s favorite bands) in August. Some other things we’ve done recently include a meadery tour, several movies and new restaurants, a showing of “Once” at a local theater, multiple weddings, and pool time at our outdoor YMCA recreation facility (actually, that’s just me…but I’ve been enjoying it!) It’s been nice getting out of the house, and I kind of feel like we’re cramming in as much as possible before we start adding to our family.

Date night at the restaurant where our rehearsal dinner was held, almost a year ago.

Wear: I bought what feels like 20 new pairs of shorts for this summer…and then I got the worst case of poison ivy I’ve ever had, covering both of my legs from my upper thighs down to right below my knees. It was a damn nightmare. Luckily, it’s since cleared up, but shorts were out for a good couple of weeks, as were any type of fitted pants. So I’ve been on a skirt/dress kick…and honestly, nothing feels better on a hot, sticky day than a nice, flowy, breezy skirt or dress. I’ve been wearing skirts so frequently these days that my co-workers have started to tease me about it – they like to say my “skirt game is strong.”

Ah, it’s good to be back! I have a few things up my sleeve I’m looking forward to sharing, so stay tuned – more to come!